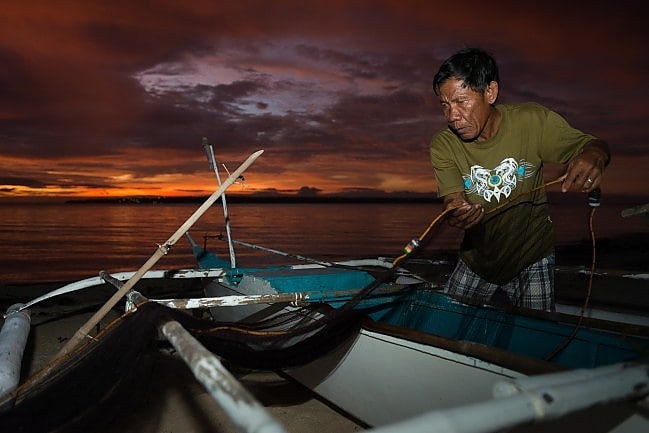 When my wife and I made the decision to move our family to a country with a high poverty level, we did so with little insight into the complicated lives of those in poverty. I believed that people living in underdeveloped economies had a lack of expertise or talent. As we were preparing to leave, we had so many ask us about what we would be doing. After explaining our plan to alleviate need through agriculture, many people quoted the well known adage, “Teach a man to fish…”

With a well-intentioned heart and an ill-informed worldview, I agreed.

Not long after our arrival, I came to a realization. There was no lack of talent nor expertise. Many people were isolated from vital information, but they had talent, willingness to work hard and learn, and a desire to succeed. Later, I heard a powerful statement that I’ve come to understand as profound and true. “The poor don’t need to learn to fish, they need access to the pond.”

For the world’s poor, isolation comes in many forms. One of the most devastating forms is isolation from markets that highly value products that poor communities produce. The poor may face an inability to transport products efficiently, limited distribution networks, limited pricing information, and the immediate need for cash. This often leads producers to sell their products to local brokers paying the lowest price. Unfortunately, these local buyers can sometimes become predatory beyond just paying low prices.

I’ve seen instances in which local buyers will offer loans against future production at interest rates that can, at best, be described as unfair… and in our context, would be called criminal. Potential results of this usury can, and sometimes does, result in seized land, lost homes, and in worst case scenarios, children being sold into slavery.  While the scenario I’ve just described is terrible, we must be careful not to make villains of all local brokers or buyers. In some cases, the income provided through these sales channels is critical, fair and desperately needed in the communities in which we serve.

When we (community development practitioners) consider helping microenterprises, much like my early attempt in agriculture, most projects tend to focus on the production side. Technical training, microloans, and new skills can be helpful. However, without careful attention being shown to how, where, when, to whom, and at what price a product should be sold, enterprise projects often turn into generators of false hope.

In order to maximize the potential for success, I ask development workers to  work through a simple exercise before engaging in microenterprise projects. Set up a meeting time with community members and ask them to draw out maps of the value chains of products that will be produced and sold. Start with what will be produced and note each transaction from producer to final user. Examine the prices at each point of that exchange. As your map develops, add supply lines needed to produce the good to be sold (fertilizer, tools, etc). Mapping competition, product seasonality, and price fluctuations from season to season can also be helpful. Completing these simple exercises can takes some time but often reveal previously unconsidered challenges and opportunities.

By helping the poor think through these concepts, you are giving them access to the pond.

Travis Hester serves as Microenterprise and Microfinance Consultant for Baptist Global Response. Travis’s work seeks to encourage entrepreneurship and trade as a means of poverty alleviation and economic development.