Refugee and Family Get a Chance to Start Over 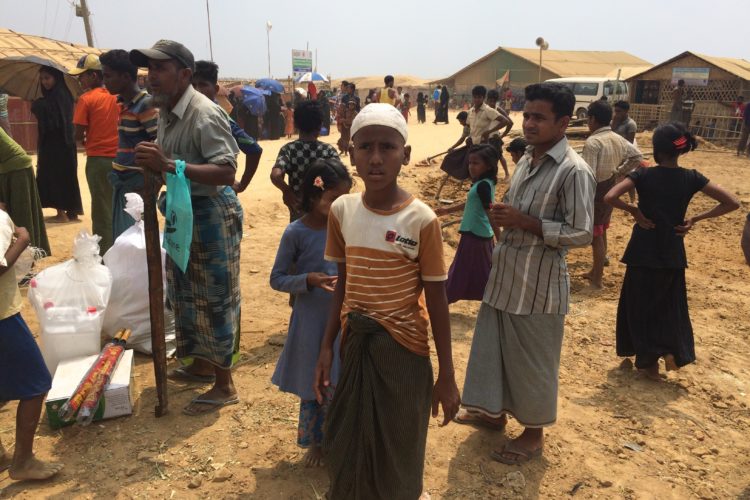 Generally, house arrest is intended to contain a threat, keeping those outside the walls safe. For Than and his family, their self-imposed house arrest was a last ditch effort to keep those inside safe from the atrocities just a few feet from their front door.

They had become prisoners. They were suffering, not because of anything they had done, but because of who they were. Caught between warring factions, a simple walk down the street could be fatal. On top of the bullets literally whizzing by their home, the corrupt regime occupying their land could demand proof of home ownership at anytime, then confiscate the property as their own, imposing fines on these families who were watching their world crumble around them.

There seemed to be no escape.

That’s when people like you jumped in. Because you gave, refugee camps have become more comfortable. Your continued prayers and support are keeping the gates of these safe havens open to families just like Than’s. Your open hands gave way to hope—the hope of a way out.

The hope of being anywhere other than where they were…

The destination wasn’t close. The road there wasn’t easy. In fact, Than remembers in vivid and frightening detail the treacherous 12-day journey from the combat zone that had become their home to a refugee camp where, at long last, his children could go outside without fear of attack. It was that hope that propelled them on day-after-day, dodging bullets, and a ruthless army.

Like so many others, Than and his family were forced to abandon the house they had always known. But, upon arrival at the refugee camp, it was evident that “home” wasn’t defined by or limited to a village or structure. Home is defined by relationships and built and re-built on hope.

Than and his family received seeds and lessons on how to work the soil, how to cope in the looming rainy season and, most of all, the chance to start over.

Today, while they are still miles from the community they once knew so well, they have the opportunity to create a new home—one founded on the promise of a future, constructed with perseverance and strengthened by love that will never waiver.