A New Year’s Resolution You Can Keep 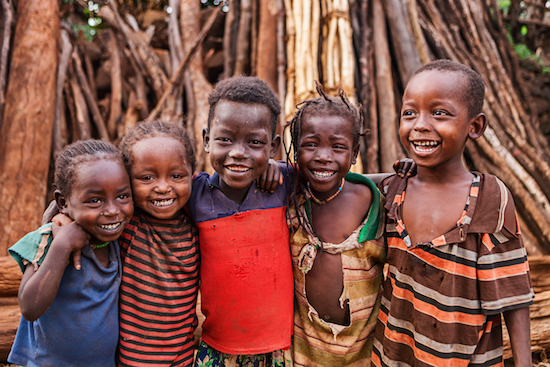 Why do we make New Year’s resolutions? Because this will be the year we commit to good habits—this year, we’ll be better.

People around the world are better because caring Christians like you took the time to respond to their needs. By committing to become a BGR Response Partner, you can help people improve themselves in meaningful ways month after month.

If you’re deliberating a resolution for 2019, celebrate that so many people—like those below—are leading happier and healthier lives because of BGR projects.

She woke up every day to loneliness and depression, and she tried to take her own life more than once. Then, she tried out the soccer club for women you helped support. An opportunity like this is rare for women in Central Asia. Suddenly, she had friends. She had a reason to leave the house. Every swift kick to a soccer ball released a little more of her emotional pain.

Monica wouldn’t have it any other way. She loads her children’s plates with every type of healthy vegetable, food she grew herself using the farming supplies you helped send to her community in Northern Africa. She’s especially fond of her onions, which she sells at a premium.

Feeding her children wasn’t a guarantee before. Now, Monica gives them the best, and they’ll grow up healthier for her effort.

Is that stack of unread books giving you guilt? Praise God that—with a little discipline—you have the ability to read every letter.

Ghazal was told she would never learn anything at her age. As a grandmother, she had all but discarded the dream of learning to read as a lost cause. But she proved everyone wrong when she took a chance in a literacy program you helped fund.

Now, she can read her prescriptions and food labels to better control her diabetes. Ghazal has new pride in her old age—and the satisfaction of showing her family they should never underestimate Grandma.

When you’re trying to save every dollar you can, the monthly budget can be a dreaded task.

Liya’s budget was beyond tight—it was brutal. She was able to save a whopping $30 a month on fuel just because the cardboard briquettes you sent to her home in Northern Africa were cheaper and more efficient than coal. That put enough money into the budget for more food and medicine for her sons.

Quality of life is often dictated by how much money you make. With your help, Liya is able to put more of her money where she wants it.

If many of us had a choice, we’d trade a long workday for more hours with our kids, spouses, and friends.

Piolo worked tirelessly to provide for his family in Southeast Asia, first laboring in the fields, then walking to sell a local snack in the markets. He was still scraping by. When a BGR project gave him a hog to raise, his saw a new way to make money.

After raising and selling enough hogs, he purchased a motorbike. Piolo still works hard, but now he can zoom home early to his wife and eight kids. Every minute he gets back with them is precious time.

Right now, make a new year’s resolution to become a Response Partner! How many more lives will be better because you did?