Meet Trust, an Orphan with a Future 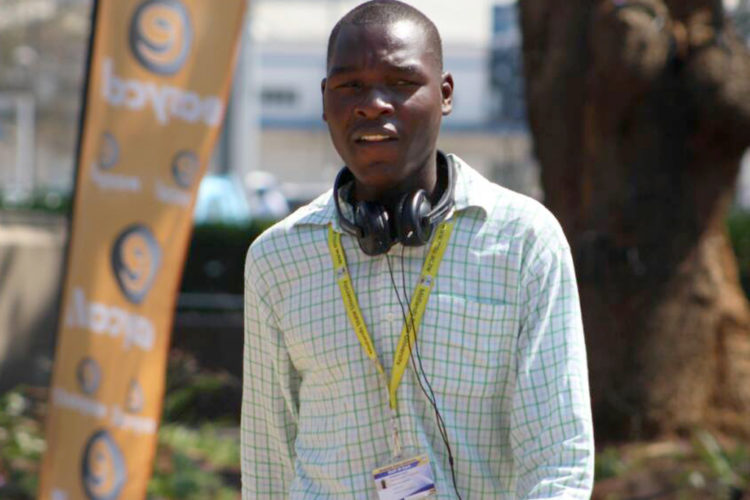 This is Trust—a 23-year-old university student who spends his days buried in textbooks. He has a bright future, and he has supporters like you to thank for it.

You see, not every orphan in his country gets to pursue a college degree. Some have to drop out of school because their relatives can’t afford their tuition fees. But that’s not happening to Trust—because Christians like you have been contributing to his education!

The boy’s family has struggled for many years—ever since his father died and his relatives evicted them from his grandfather’s house.

“We became homeless for a while until my mother’s sister took us into her home,” he says, describing that awful time. “My mother was unemployed and had no meaningful source of income, so she turned to vending in order to send us to school.”

Trust’s mother did the best she could to care for him and his three sisters and to pay for their education. But she still needed help—so a Christian organization provided them with school fees, food, and classroom supplies.

“This assistance came through during a time of great need,” he remembers.

Thanks to this generosity, the boy could go to school and learn—just like children in your family. Life was still hard, though. Trust’s mother fell ill a few years after his father died and passed away.

But, the eager young student stayed in class, even after both his parents were gone. He lived with a relative of his mother’s and continued to study, hoping to make a good life for himself. And now, he’s well on his way—thanks to you! BGR now partners with the organization that put Trust through school, and your gifts are helping to pay his college tuition.

Thank you for giving Trust hope in dark times. Thank you for showing him kindness after the death of his parents. And, thank you for connecting with this young orphan when he needed you most.

If you feel led today, show Christ’s love to orphans like Trust and other vulnerable people who need to know that someone cares.