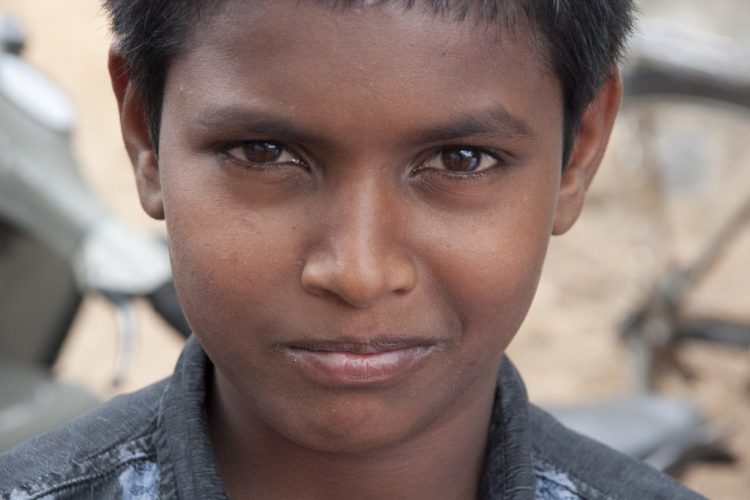 Kossi is hardly half the height of the corn stalks he weaves between, plucking ripe ears and balancing them in his arms. Later, he helps his aunt grind the corn into meal. After boiling the meal in water to make mush, her joins her at the local market to sell it. He loves spending this time with her.

At only 7 years old, Kossi has already been dealt some tough blows. He became an orphan after his father died under suspicious circumstances and his mother abandoned him. After that, no one seemed to know what to do with him. His uncle took Kossi in, but he lacked the means to provide for his own family, much less an extra nephew.

Imagine the uncle’s distress, knowing he couldn’t provide the care his loved one desperately needed.

Neglect meant that adequate meals and healthcare were in short supply. Malnutrition and illness inevitably followed.

A distant aunt became concerned for Kossi and she pleaded for custody. Despite her concern, even she knew she was ill-equipped to manage Kossi’s worsening condition. And, she already had her own children to worry about—five of them!

She took a leap of faith. She entrusted Kossi into the hands of the orphan care project you supported.

There, Kossi immediately began receiving healthcare to improve his malnutrition. Compassionate aid workers provided eye and hearing tests, vaccinations, and monthly screenings to keep him healthy. He learned how to wash his hands and brush his teeth, so he could keep himself healthy.

Kossi started eating regular meals again with his aunt. With every plate, his emaciated frame began to fill out, and his youthful energy returned.

Kossi finally had the strength to go back to school regularly, which would have been impossible while he was ill. You helped put a school uniform on his back and school supplies in his hand on his first day. Kossi is a bright student, and he’s already reading at a second grade level.

Most importantly, Kossi has found a family with his aunt, complete with five new siblings! With Kossi’s health improved, his aunt doesn’t have to worry about how she’ll take care of him. She loves him as her son. And she’s found a new partner in the corn fields.

Thank you for supporting projects that give relatives the means to keep orphans connected to their families. Pray for millions of orphans just like Kossi, who need more than just the resources to live, but also the love and attention to thrive.