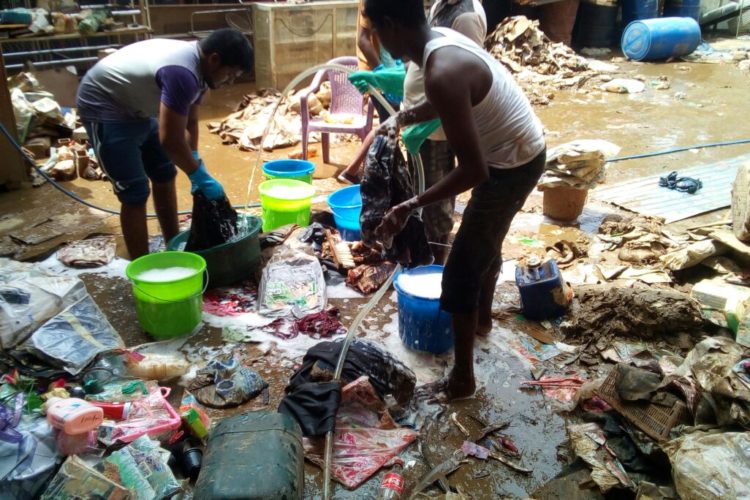 Recently, major flooding hit the southern coast of a South Asian country. Waters rose very quickly and damaged or destroyed homes. Many lost their lives. One pastor quickly responded by gathering volunteers from his church to distribute food and water to flood victims.

One afternoon, he and several church members drove to a highly affected area and gave food to survivors. They learned many were still stranded in the water. The pastor and several men borrowed a small boat and floated to several flooded houses to give desperate people food. Sunset was approaching, but they heard about a family that was still trapped further in the region. So, they started traveling. After some time, they reached the edge of a hill that wasn’t flooded but was completely surrounded by water. They got out of the boat and hiked through the jungle in the dark until they finally reached a small house. An old woman and her family lived there, and they hadn’t eaten for some time. The volunteers gave the family food packets, prayed with them, and demonstrated Christ’s love. The old woman felt deeply moved by their generosity and gained a new understanding of true Hope.