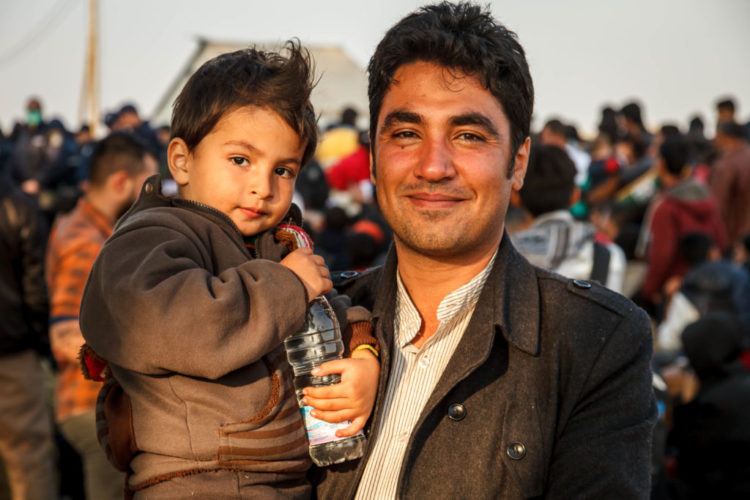 Mahmoud thought his family would be all right.

The 37-year-old farmer had a wife and five children. They lived peacefully, surviving on the proceeds of his wheat, barley, and vegetable sales. They had a simple but good life. Then, insurgents took control of the region.

Mahmoud didn’t immediately register the danger. His friends and family were citizens—not military. He thought the insurgents would just ignore them. He was wrong.

Militants began gunning down his relatives and neighbors for various reasons, and Mahmoud realized no one was safe. Eventually, they tried to take one of his sons and use him as a child soldier.

That was the last straw.

Mahmoud decided to leave everything—his village, his home, and his farm—in search of safety. He just wanted his wife and children to live, and he wanted his keep the insurgents away from his sons. He couldn’t stand by and watch them become killers, too.

So, the family joined the ranks of refugees and internally displaced people, whose numbers are increasing around the world. They settled in an area inhabited by other displaced families and lived under the shelter of tents, which worked fine in warmer weather. But, the winter season turned brutal, battering them with rain and dust storms.

And on top of that misery, the family was running out of food.

Your support helped Mahmoud and roughly 1,600 other people face harsh conditions. Your gifts gave them rice, oil, and flour, along with two blankets per family. You gave them warmth and hope when life looked its bleakest.

Right now, millions of people around the world are in this same situation. They’ve left their homes and jobs in search of safety, but now, they face issues like starvation, contaminated water, lack of education, inadequate shelter, and more.

You have the power to help. $10 in the Christmas Gift Catalog gives them a blanket to keep warm. $50 provides a food box to keep their strength up for another month.

Remind them that God cares about their safety and well-being, too.