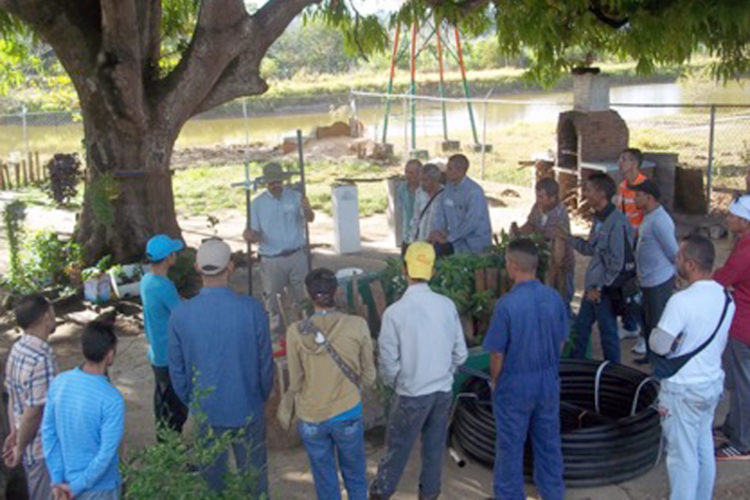 Franco has a home on the island where he was born—but he doesn’t live there. He hasn’t for more than a year. He’s also trained as an electrical engineer, but he hasn’t worked as one for a while.

Instead, Franco has given up his career and home because God called him to help others. He’s just one of the many BGR partners around the world whom you empower to transform the lives of people in need.

Franco lives in an area that is currently experiencing a devastating economic crisis. People are starving, and astronomical inflation has made the local currency useless. This disaster has caused shortages in both food and medicine. Parents are resorting to prostitution so they can feed their families. According to news outlets, the average person in this country lost 20 pounds in 2016.

And so amid this chaos, Franco grows crops.

He’s currently working with other BGR partners on a model farm that both feeds locals and teaches them to feed themselves. Your gifts have helped:

With hard work from Franco and other partners, the farm has produced 175 fruit trees, along with beets, bell peppers, squash, melons, green onion, radish, eggplant, okra, hot peppers, cabbage, carrots, tomato, and various varieties of beans. It has also produced about 500 pounds of cow, rabbit, goat, chicken meat, and all of this food has been used to feed the people who come to the farm for training.

These hungry locals receive meals at the farm, and by the time they leave, they know how to grow better food on their own.

How the Lord readied Franco

God has spent years preparing Franco to partner with you and help hungry families. He sent the man to Canada to learn about BioSand water-filtration system and other water purification techniques. Then, the Lord took Franco to Texas for six months to study organic gardening, composting, worm farming, beekeeping, water-well drilling, animal husbandry. Now, he lives on the model farm and uses this knowledge to make others self-sufficient.

Just think about how many other people God is preparing right now to help those in need. And your generosity could help them operate wonderful projects—like the model farm.

Please pray about giving to BGR agricultural efforts and partnering with passionate people, like Franco, who want to better the lives of their friends and community members.