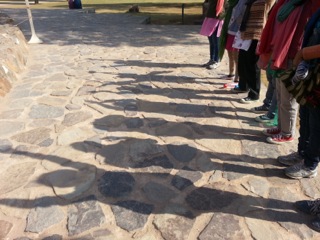 Not long ago, Anisha* had an emotional meltdown. Though the 16-year-old was learning to verbalize her anger instead of throwing books and clothes, her temper still flared bright and hot.

She was still adjusting to life at Courage Homes, a facility in India for trafficked and sexually abused girls, and her frustration often grew into rage. After this particular tantrum, she asked to leave the home.

“I want to hide,” she told the staff. “I do not want anybody to notice me. I do not want to be loved—it hurts too much.”

Anisha arrived at the home a little more than a year ago, after authorities discovered her father had been sexually abusing her for a long time. The teen had suffered a lot of emotional damage. She was very withdrawn and, of course, prone to tantrums. She refused to study or join the daily routine. When someone spoke to her, she lowered her eyes and refused to respond.

After years of abuse, she had no trust in others.

Staff members eventually discovered that Anisha also had learning disabilities for which her former teachers and family had often beaten her. As a result, she had no self-confidence and froze when asked to write the alphabet.

But, the Courage Homes teachers, social workers and counselor worked patiently with Anisha, encouraging her to join in activities and games. They also fed her nutritious food, provided by Baptist Global Response, which helped her grow strong and healthy. Meanwhile, the facility organized training sessions for the staff on how to help children with special needs.

Slowly, Anisha began to open up and participate in Courage Homes’ daily life. Her tantrums became less frequent, and she even contributed to group discussions. She started to enjoy her classes. Eventually, she admitted that while part of her wanted to run from the staff’s love, another part of her wanted to stay at the home, where people cared about her.

Now, Anisha’s tantrums are very rare, although she is still shy. And, her confidence has continued to grow. She recently decided to conquer her fears and perform in a skit, along with other girls at Courage Homes, depicting the types of trauma Indian women often face: child marriage, rape, abuse, neglect, harassment and sex trafficking. She stepped onto the stage, and before 130 people, she performed her part. She even volunteered to sing a song.

A year ago, Anisha would have considered this feat unthinkable. Although she still faces many challenges related to her past, this young girl is being transformed.

Courage Homes is designed to help girls who have been rescued from sexual abuse or slavery begin the process of healing and growth. To learn how you can become a part of this process, click here.