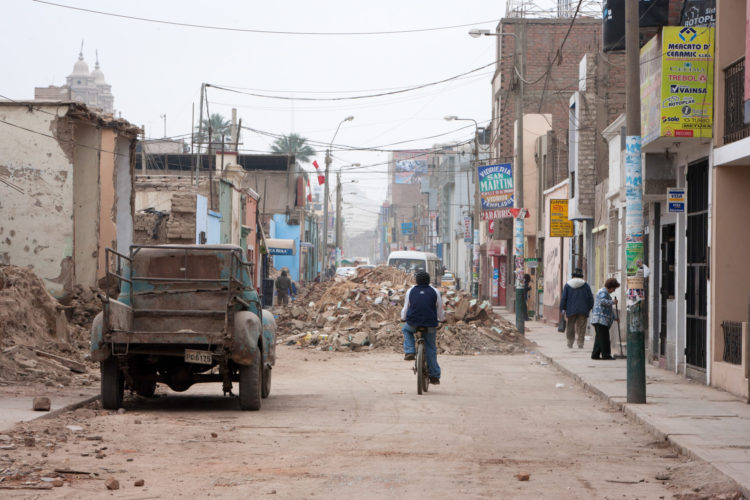 I heard a story in one of my training events recently, that I found both encouraging and alarming.

One of our SBC churches enjoyed a recently developed field relationship with a national partner in India. The church regularly sent funds to this partner, enjoyed the reports they received, and had even visited the partner on the field numerous times.

When a catastrophic flood impacted that partnership’s work area, the church sprang into action. They collected enough funds to send a small team to meet with then national partners in the affected area. After arriving, the team purchased two substantial truckloads of supplies to bring to assist the survivors of the flood. The national partner was enthralled with the support of the US group.

The plan was simple, or so they thought. We’ll find out what is needed, buy the supplies, drive to the area, and distribute the supplies from the back of the truck. They did just that. The list of supplies included flour, lentils, buckets, blankets, and a host of other things. Driving to the area, the US volunteers envisioned a well conducted relief effort that would meet the needs of the population.

Thinking, “We are giving a cup of water in Jesus’ name!” they drove into the affected area. Upon arrival, they removed the tarp from the back of the truck, announced they were there to assist people with the supplies, and started the distribution to the desperate people.

Within ten minutes all the supplies were distributed. “Wow, that’s efficient!” you might say. Unfortunately, what happened within that ten-minute time frame tells you how “efficient” the volunteers had been. Once the survivors of the flood saw that relief goods were being distributed and saw that only two truckloads had arrived, they stormed the trucks and took everything in the trucks. The volunteers had to abandon the trucks and allow the desperate population to have their way with the supplies.

What happened to the “cups of water in Jesus’ name?” What should have happened to make things better?

First, the national partner and volunteers should have consulted with the community or a local body of believers to find out which needs existed and who were the most vulnerable in need. Once the evidence pointed to the needs of a specific segment of the population, a safe plan for distribution should have been sought to meet the needs in a secure and safe way. Desperate people will take desperate measures to provide for themselves. Knowing what to do and how to do it is important. That’s where good training comes into play.

There are international standards for alleviating suffering called Sphere Project training. Sphere training is internationally recognized, reflects shared standards by hundreds of organizations around the world, and is a good tool for meeting practical needs in a humanitarian crisis. It teaches the current expertise on meeting basic survival needs, including water, good sanitation, food, shelter, and health care. BGR offers this type of training.

Let’s use this “cup of water” as an example of the importance of training. If you are providing water for an affected group of people, you might ask, “How much is enough?” International standards tell you: for a person to have enough water for drinking, cooking, and sanitation, you should provide 15 liters of water per person per day. That’s quite a bit more than a cup! For survival only, people need an average of 2.5-3 liters per day. That researched standard is a good thing to know!

There is more to learn than just the amount of water to provide. In the same way that the chaotic distribution could have been avoided with a little bit of training, water provision is always done in a context. The quantities of water needed for domestic use is context based, and may vary according to the climate, the sanitation facilities available, people’s habits, their religious and cultural practices, the food they cook, the clothes they wear, and so on. For example, water consumption generally increases the nearer the water source is to the dwelling.

But let’s get back to the volunteer story. When the volunteers saw the danger of the situation they created and the harm that was done to their national partner’s image, they returned to the USA and never returned to assist this national partner again. The church withdrew their support. A little training on, “giving a cup of water in Jesus name” could have prevented much of what occurred.

Pat Melancon has served in international disasters for over 25 years. He currently serves as the Asia Rim Area Director for Baptist Global Response. He is also a recognized international instructor for The Sphere Project: Humanitarian Charter and Minimum Standards in Humanitarian Response. Pat has taught hundreds of courses in humanitarian crisis intervention for governments, universities, seminaries, NGOs, and churches.