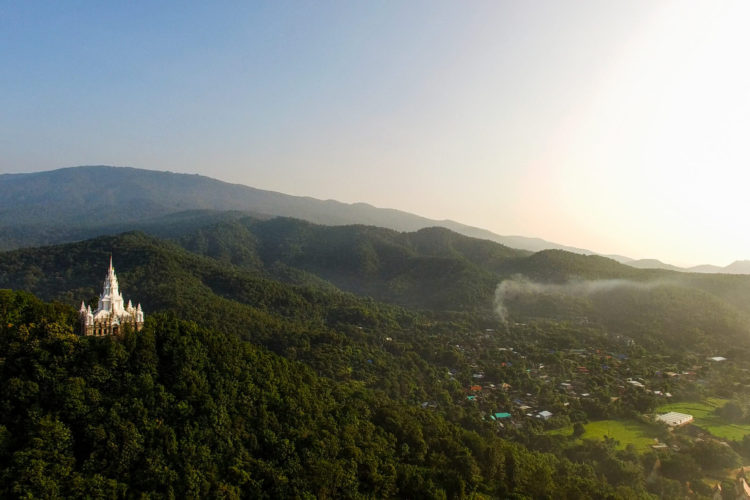 My ministry with exploited women in my city in Thailand began with an audacious prayer: “Lord, shut down the sex industry in my city.” I had no intention of becoming personally involved. I just wanted God to shut down the bars and massage parlors notorious in Thailand for exploiting and trafficking women and girls.

Instead, God led me and a small group of women to reach out to exploited women in our city. It began when three of us took 10 gift bags to one bar and had conversations with the women who worked there. It grew to include two teams of about five women each. We taught weekly “English classes” using Bible stories in two different massage parlors during daylight hours. At night we prayerwalked the city’s red-light districts in teams of two asking God to lead us to His appointed conversations with ladies.

I learned four lessons from working in the red-light district:

God directs us when we pray, and our team prayed a lot! It isn’t being humble to say we had no idea what we were doing. As a group of middle-class American women, we had little previous exposure to the more sordid aspects of human behavior and experience. We were clueless. But God was faithful to provide direction — little by little, conversation by conversation. He always provided just enough “light” to allow us to take the next step.

As we make inroads into dark places, we will face opposition. God’s Word promises it, and our team experienced it. In one instance, a woman who had become a Christ follower, recanted her faith under pressure from her co-workers. Not knowing what else to do, we followed the principle of Luke 10:10-11 and walked away. A few minutes later, we met another woman who asked us to teach her about Christ and a better life. Eventually, she became a follower, and the massage parlor where she worked became the hub of our ministry. From this, we learned to expect opposition but not be overcome by it. God will lead us to the people who are open to His grace.

During 13 years overseas, I was often confused. More times than I can count, I was confused by language and culture. It was hard to relate to the ladies we were called to minister to. It was hard to communicate because of language. However, we learned that God could work through and in spite of our insufficiencies.

4. Expect God to show up

Women were transformed as we shared the love of Jesus in our city’s red-light districts. Some shared what they learned from us with their families in the surrounding villages. A handful became Christ-followers. And some women actually left the sex industry. Scores were ministered to. By some standards, the scope of our influence may be considered small, but little by little, lives were changed by God’s power and grace.

Ann Lovell is a former IMB missionary who served 13 years in Asia and 4 years on IMB’s home office staff in Richmond. She currently works as Corporate Director of Communication for LifeSpire of Virginia, formerly Virginia Baptist Homes.